History of The Beaufort Inn 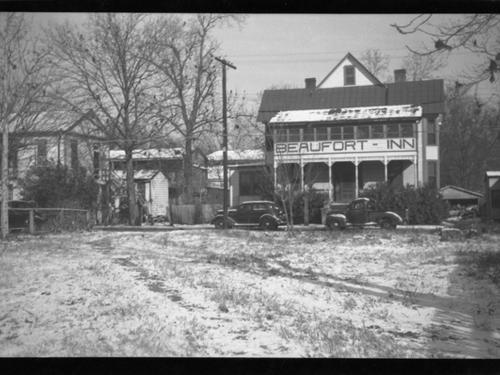 Guests have been welcomed to the Inn for more than 100 years. The Beaufort Inn includes several historic buildings that have played a role in the development of the United States and Beaufort. The reception building or Main Inn was built in 1897 by William Sidney Smith as a summer retreat for his family. Mr. Smith was a lawyer and State Representative. The building first welcomed overnight guests in 1920 and was renamed The Beaufort Inn in 1930 by Mrs. Gordon Black. The House was updated and remodeled in the early 1900's by the Fielden Family. In 2001 the building was purchased by the Stewart family and the modern era of restoration, and consolidation of fragmented properties began.
Some of the buildings are older than the Smith House, such as the Rhett Cottage and The Female Benevolent Society House.
The Beaufort Inn hosted US Secretary of the Interior Bruce Babbitt in 2002. The Secretary expressed a desire that the post Civil-War story of Reconstruction and the Port Royal Experiment (named for Port Royal Island, where The Beaufort Inn is located) should be told to inform Americans about those actions which shaped our country.
Noted guests of The Beaufort Inn include Julia Roberts, Paula Zahn, Bill Cowher, Jimmy Buffett, Kerry Washington, Robert Duval, Sharon Stone, Lyle Lovett, and Blythe Danner. 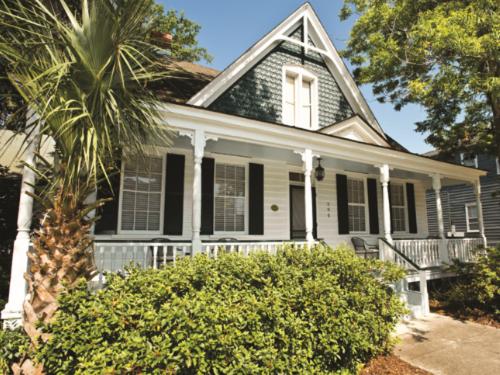 The Society was formed in 1814 to help and to educate destitute children. The Society built the Cottage in 1895. The cottage has been home to The Clover Club, which founded Beaufort's first lending library in the cottage. The lending library led to the formation of the public library system which has its' headquarters just across the street from the cottage. A separate attached cottage served as an infirmary with an outdoor waiting room. The society sold the cottage in 1982 and continues to use the proceeds to provide relief to people in need. Renovations were completed in 2003 when the cottage became part of The Beaufort Inn . An internet search of Beaufort Female Society yields copies of minutes, details about the cottage and other items of interest. 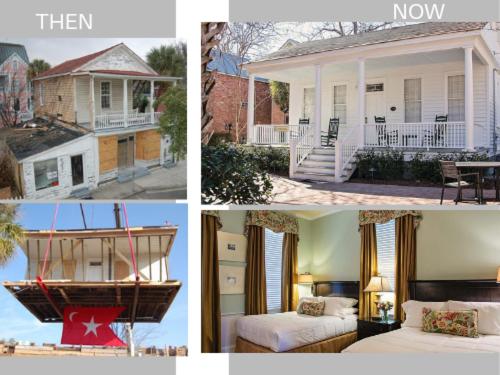 The Edmund Rhett Law Office Cottage
The Rhett Cottage was built by lawyer Edmund Rhett as his office in the 1850's. He served as Mayor and also in the SC legislature. He is most often remembered as one of the Fire-eaters who encouraged South Carolina to secede from the United States. It is commonly believed that the Articles of Secession which led to the Civil War were in part drafted in this building. The story of this building continued during the Civil War when wounded Union Troops, including troops of African American descent, were housed there. After the Civil War the building housed the leather-bound voting books that were transported throughout the County to allow people to vote, including slaves freed during the Civil War. In classic Beaufort fashion, the building also served as voter registration center for decades during which untold numbers of freed slaves registered to vote at the same site where the words leading to secession and the US Civil war were first put to paper. Relocated to its' current site at the request of The Historic Beaufort Foundation, The Rhett Cottage is now tastefully and beautifully renovated into two guest rooms.

Stories of The Beaufort Inn

James Gary Black II is the nephew of the original owner of The Beaufort Inn, and the grandson of the original owner's of 310 Scott Street (now known as the Scheper Cottage). He says, "It's the home that my grandfather and grandmother had, and as a child you don't think too much about that, but it's today when you think about the significance of being back here again. To be here, knowing that my family was here is wonderful for me. When my son found out that this was a place you could stay, he said 'Dad, I've got to stay in the place where my grandfather lived'".